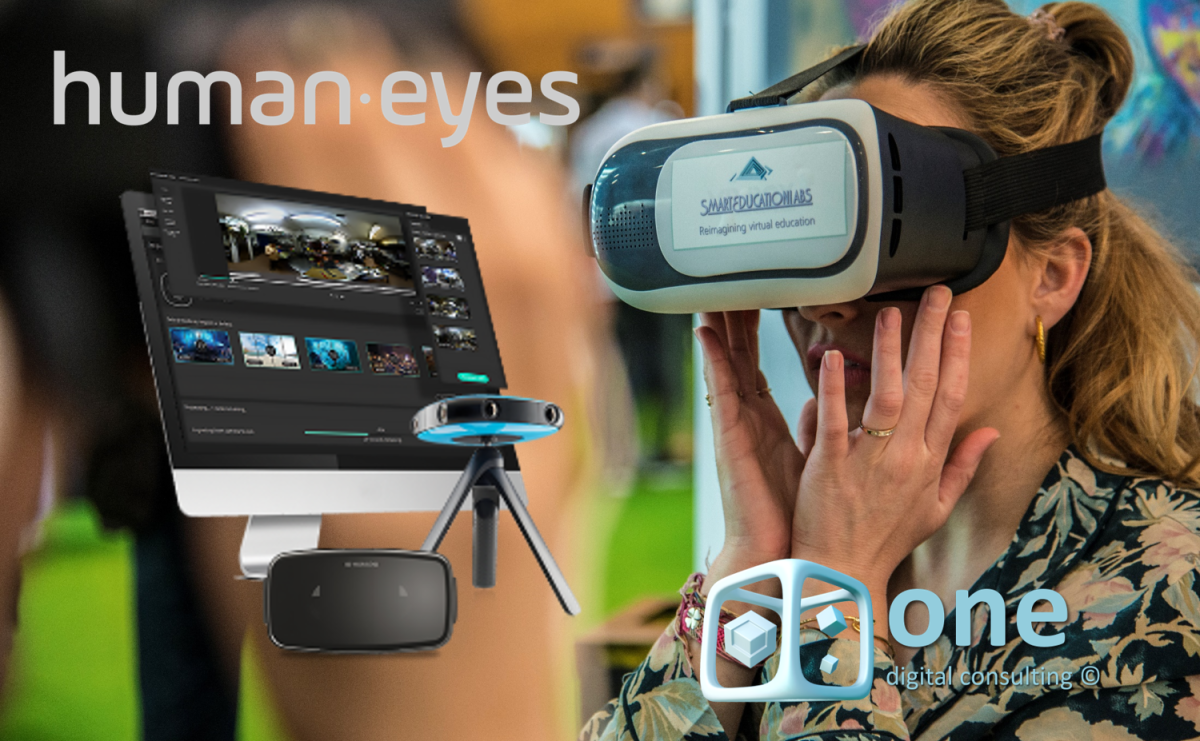 ONE Digital Consulting and Human Eyes (Vuze Cameras), VRARA Members signed an international partnership agreement in the VR Education field. Both, ONE and Human Eyes in close cooperation with VRARA, will promote VR Education activities: Masterclasses, Webinars and VR Training Courses for professionals and VR/AR users 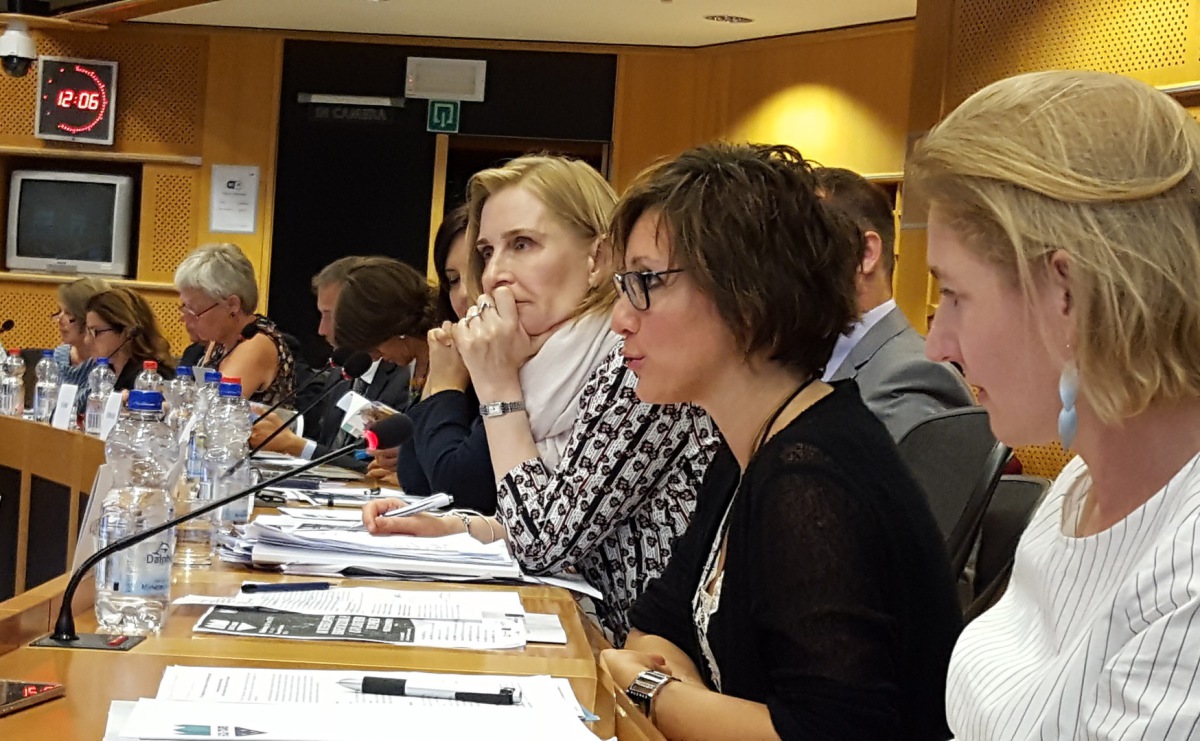 We are honoured to announce that, ONE Digital Consulting CEO Carlos J. Ochoa Fernández has been invited as IT Cultural Heritage expert at the European Parliament, hosted by Ivan Jakovic and European Projects Association for the debate on an integrated approach to European cultural heritage as a pillar of regional development. 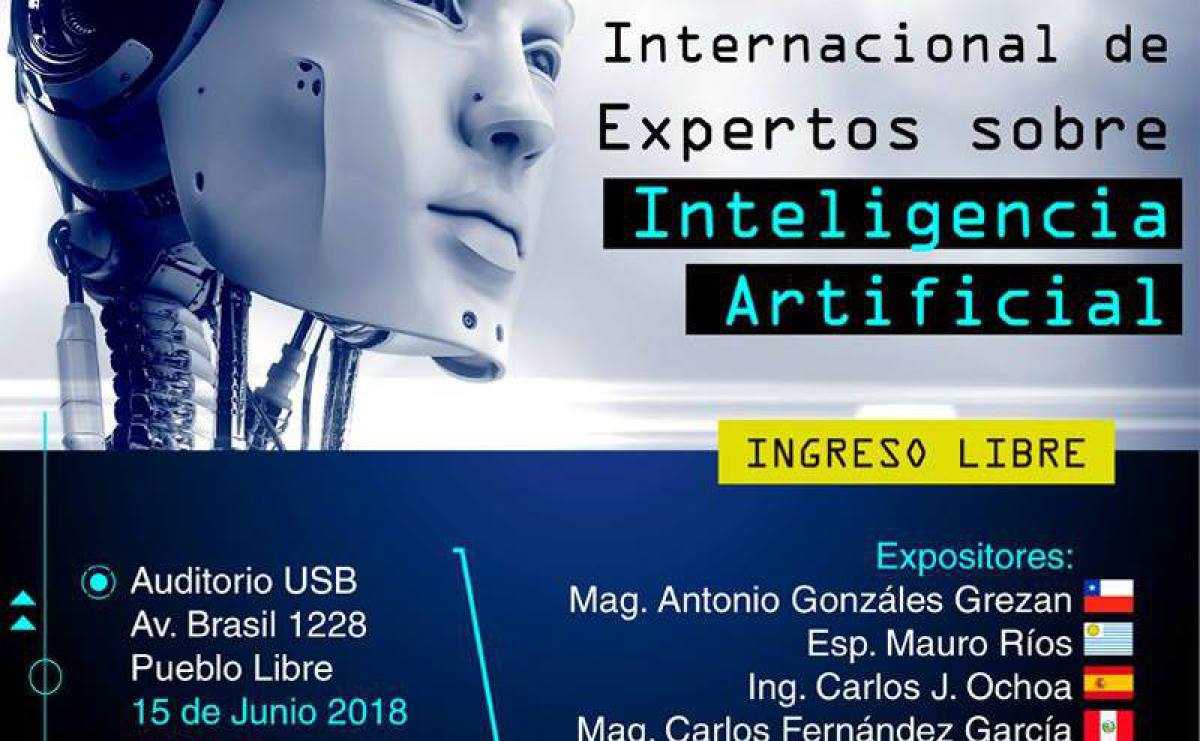 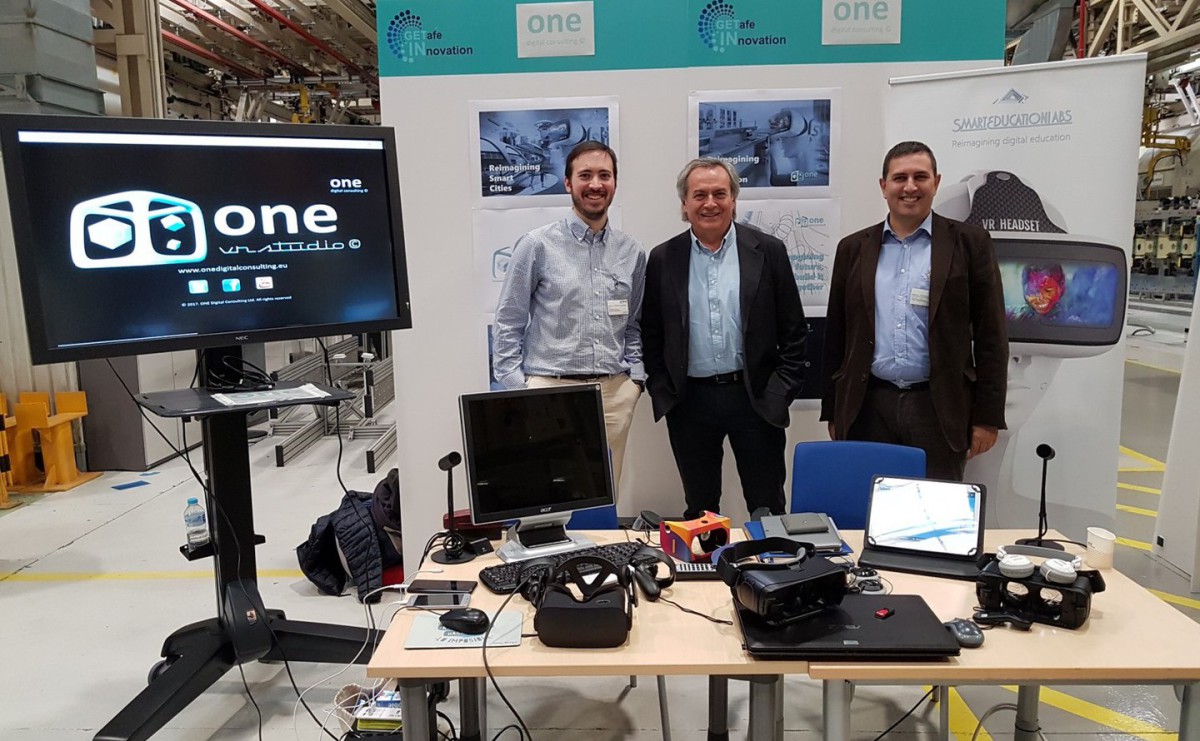 Laval Virtual team visited ONE Digital Consulting and VRARA Madrid Chapter in the European Virtual Reality Tour EUROPEAN VR TOUR To celebrate its 20 years, with the support of EuroVR. The team composed of Ismaël Boucher, Gauthier Blanche, and Valentin Régnier chose to stop by the ONE Digital Consulting offices whilst in Madrid and the VRARA Madrid Chapter President Carlos J. Ochoa. 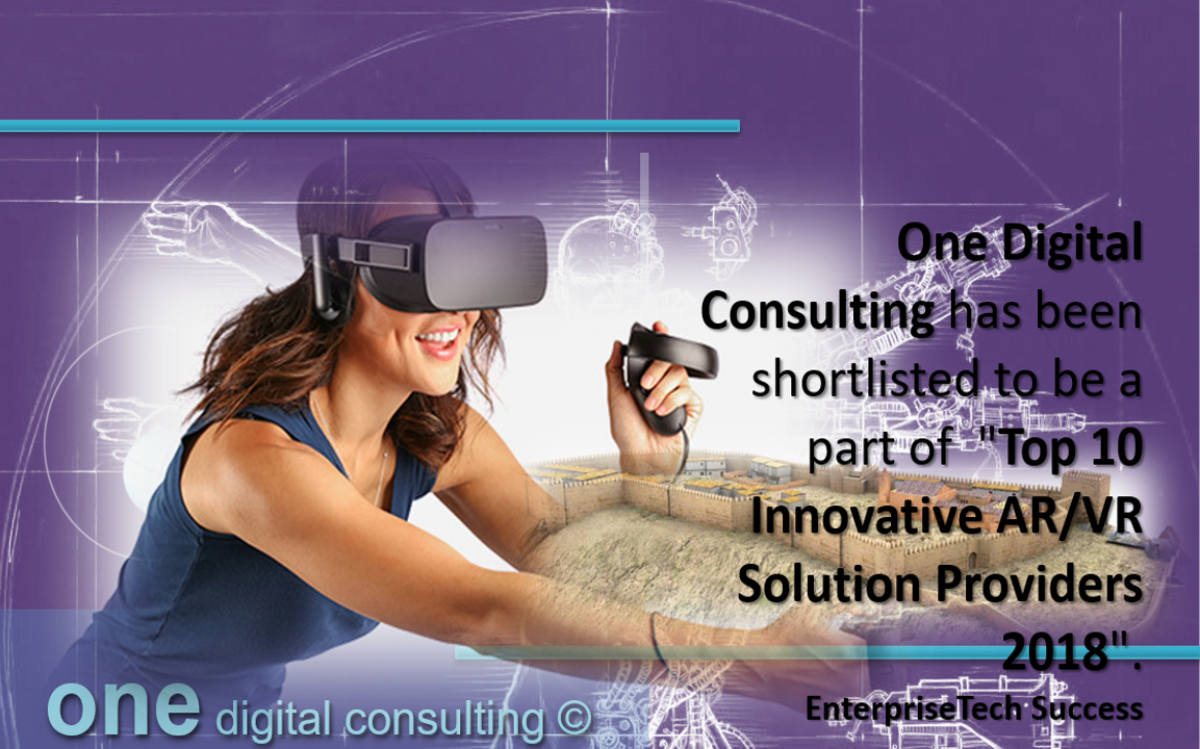 Over the last few weeks, EnterpriseTech Success has researched over 500 AR/VR companies, such as annual reports, events, white papers, databases, press releases, & investor presentations. And analyzed the strengths & capabilities of numerous AR/VR solution providers. And we are glad to let you know that One has been shortlisted to be a part of "Top 10 Innovative AR/VR Solution Providers 2018". 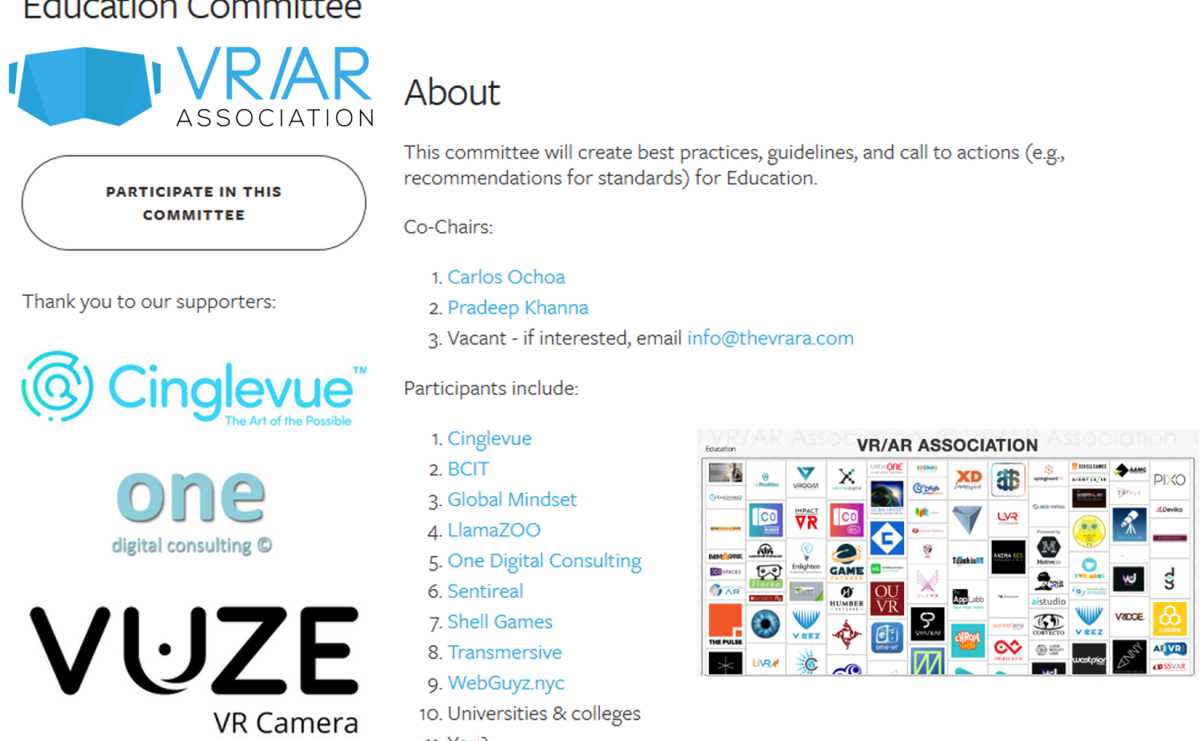 ONE Digital Consulting, is one of the main supporters of the Global VRAR Association. Carlos J. Ochoa Fernandez is the Co_Chair of the Education Committe and main Author of Best Practices in Education Handbook.

VR/AR in Education, is one of the most amazing worlds to discover in the next comming years and ONE is working hard on it. 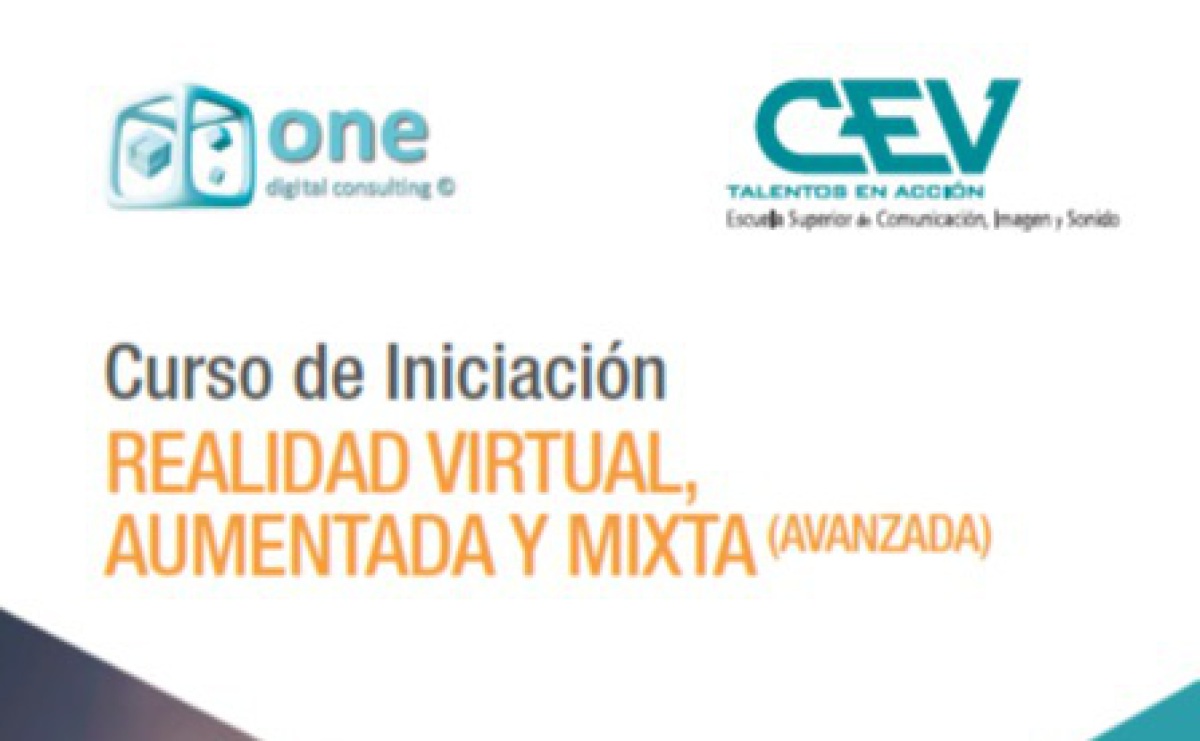 ONE in collaboration with CEV and the sponsorship of VR / AR Association, launches the first specialized course in Advanced Reality (Virtual, Augmented and Mixed). The course lasts 100 hours and is completely face-to-face, with a fundamental practical and experiential component. 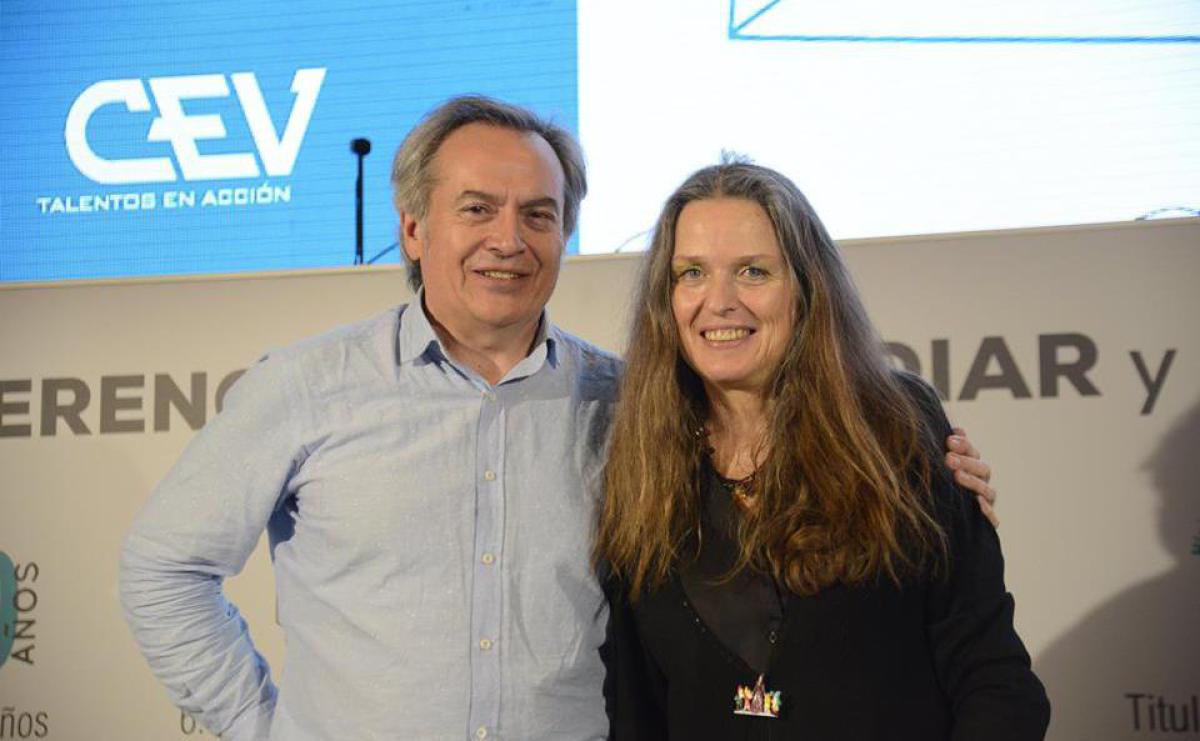 Education Week, is the meeting point that brings together more than 140,000 attendees, and more than 400 companies and entities. ONE presented the SmartEducationLabs platform, on Oculus Rift and Samsung VR environments. Performing more than 200 practical demos and 4 MasterClass on VR/AR/MR. 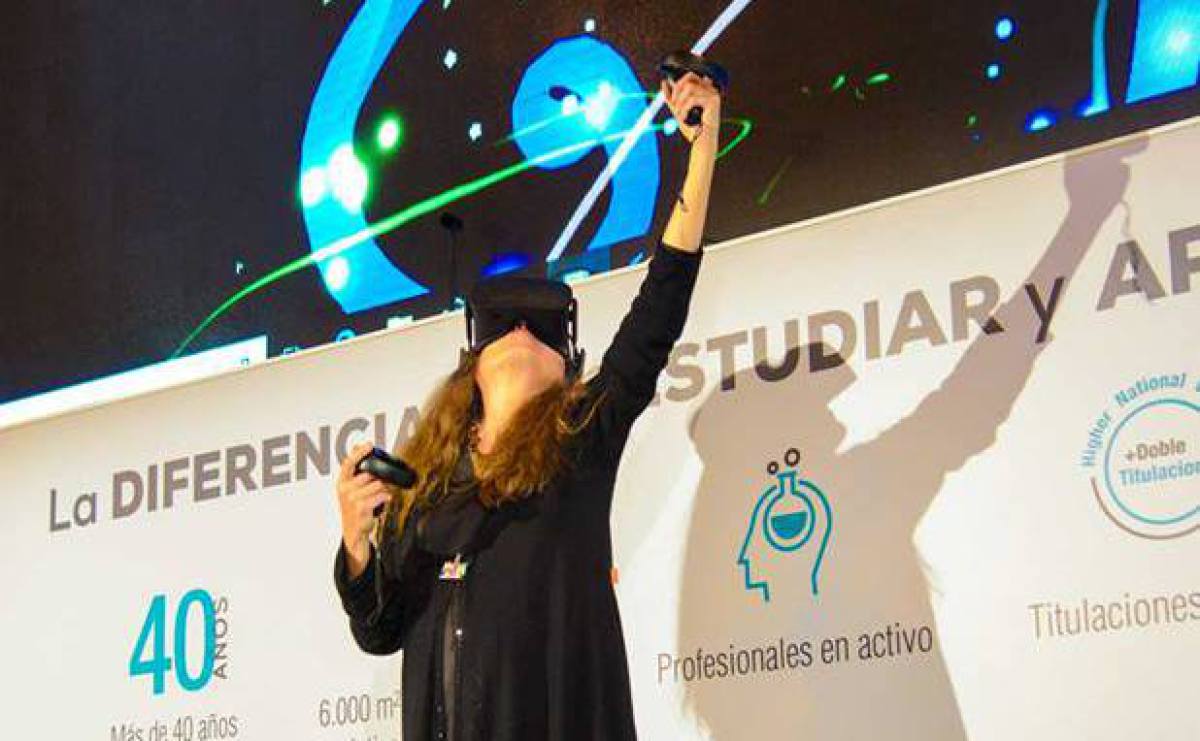 ONE VR Studio made a performance of Interactive Virtual Art with the collaboration of a cast of international artists and photographers. Special mention to the participation of Ouka Leele, who represented an immersive scenography based on the Aranjuez Concert, performed by Paco de Lucia. 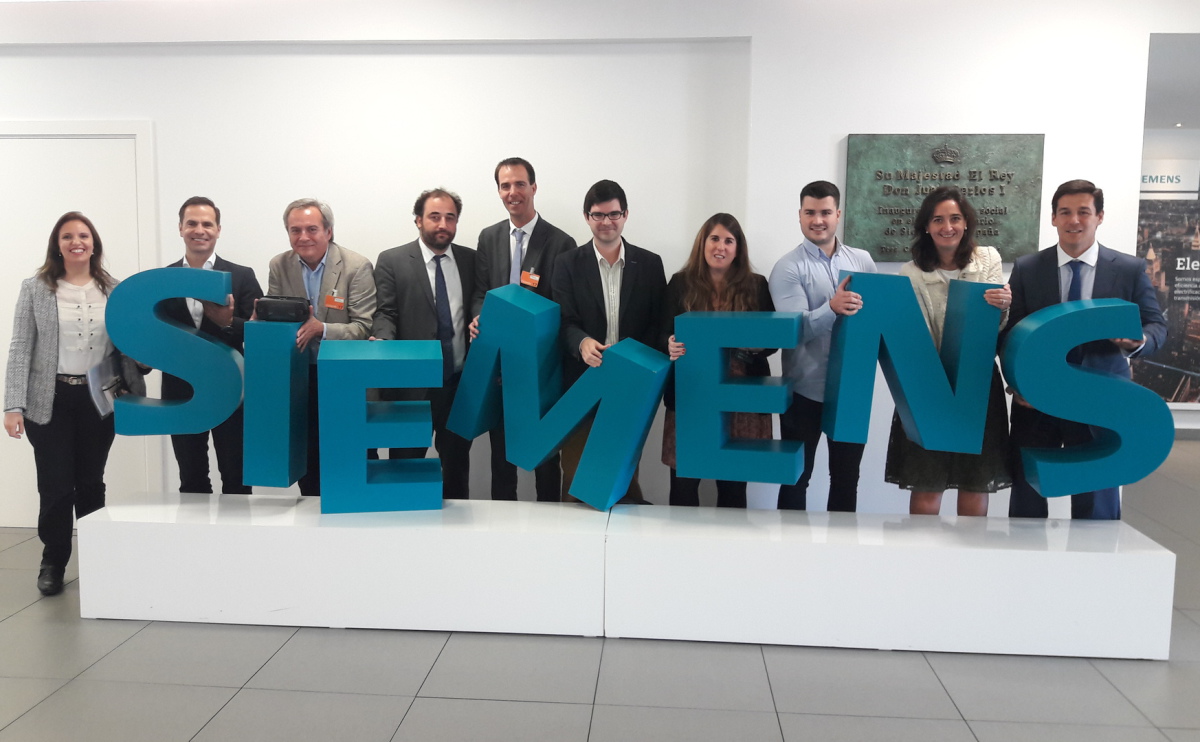 From ONE we want to thank Next47 - A Siemens Company for the trust placed in our VR INNVESTION Ecosystem proposal, finalist of the Startups NEXT47 program. This is only the first step and a serious and professional bet for Advanced Reality in Industry 4.0 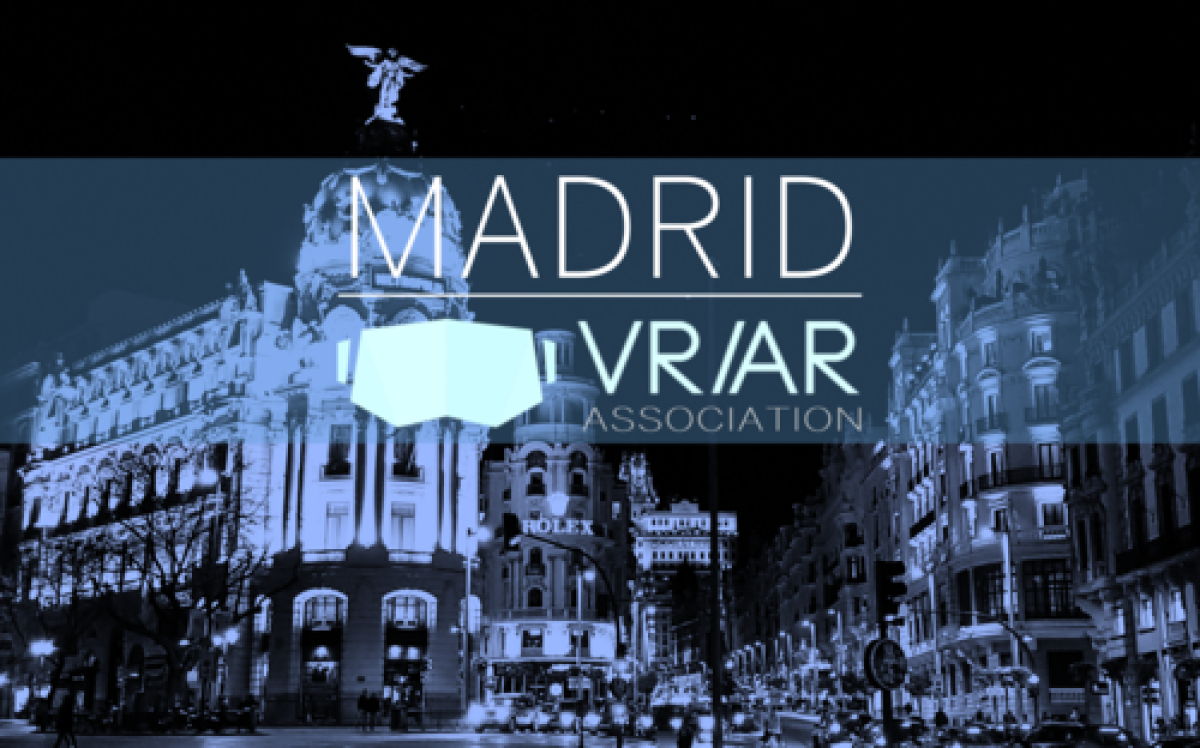 Carlos J. Ochoa, CEO of ONE, became Chapter President Madrid of the VR/AR Association, and Chairman of the Education Committe. Ochoa has a huge experience in the VRAR sector as well as a more than 25 years of experience in the Innovation IT Industry. 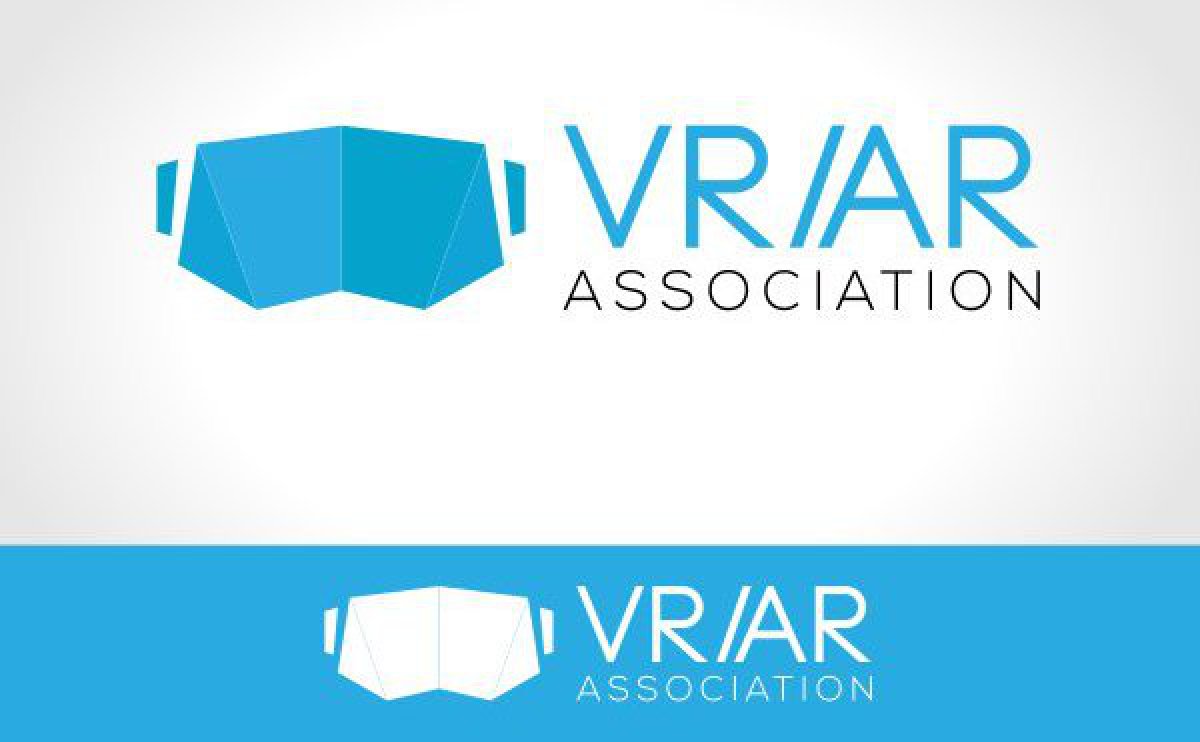 The VR/AR Association (VRARA) is an international organization designed to foster collaboration between innovative companies and people in the VR and AR ecosystem that accelerates growth, fosters research and education, helps develop industry standards, connects member organizations and promotes the services of member companies. 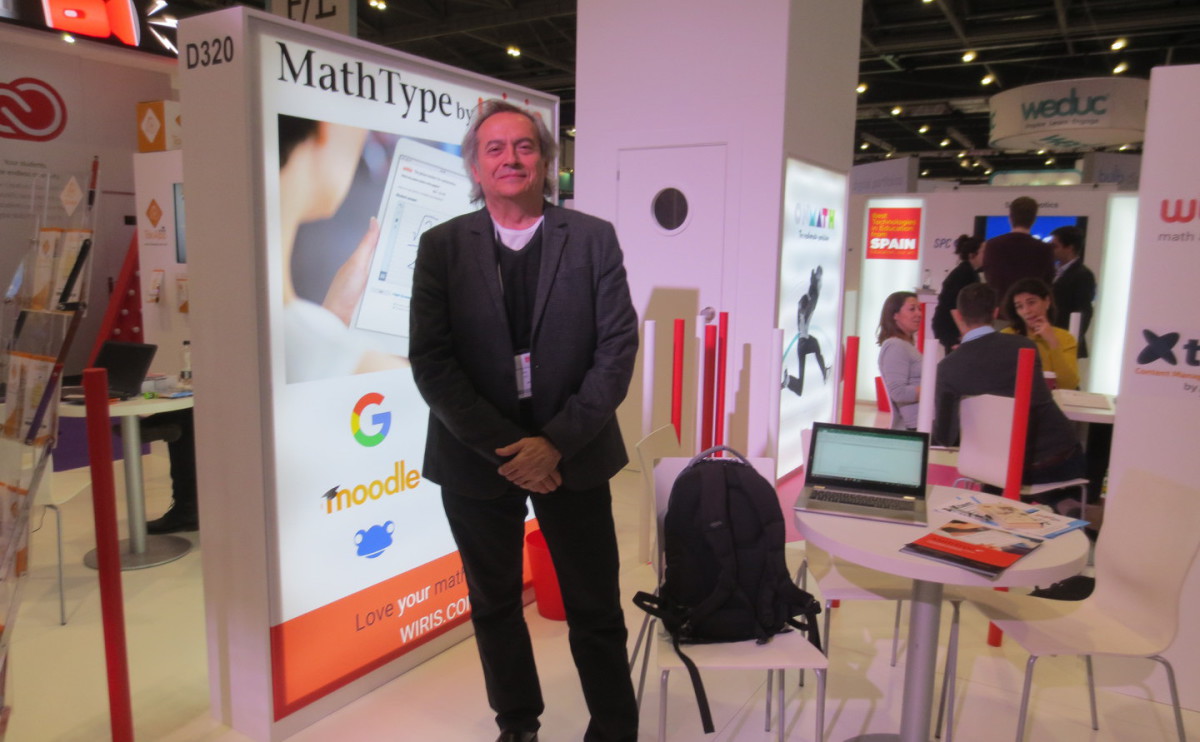 Bett is the first industry show of the year in the education technology landscape, bringing together 850 leading companies, 103 exciting new edtech start ups and over 34,700 attendees from the global education community. ONE was presented for 4 consecutive year, presenting the educational VR/AR Ecosystem "SmartEducationLabs" for Mobile VR in Education and MyStemLabs for Samsung Gear VR Controller 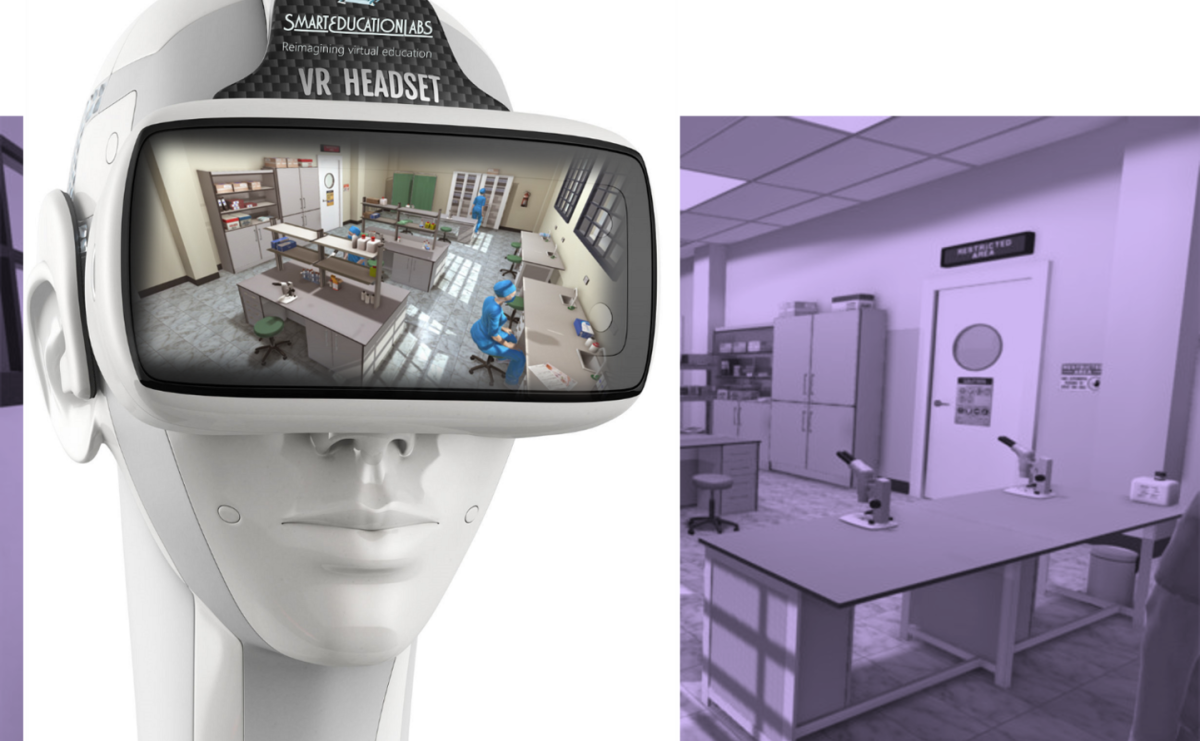 MY STEM LABS. The Stem VR/AR platform for Smart Education

MyStemLabs 2.0 final release in April 2018. MyStemLabs is the VR/AR Mobile VR platform that helps teachers and students to discover immersive and interactive experiences to learn science, technology, engineering and mathematics, by addressing problems that have real-world applications. MyStemLabs is based on learning by doing simulators, which facilitate the understanding of complex concepts of STEM issues. 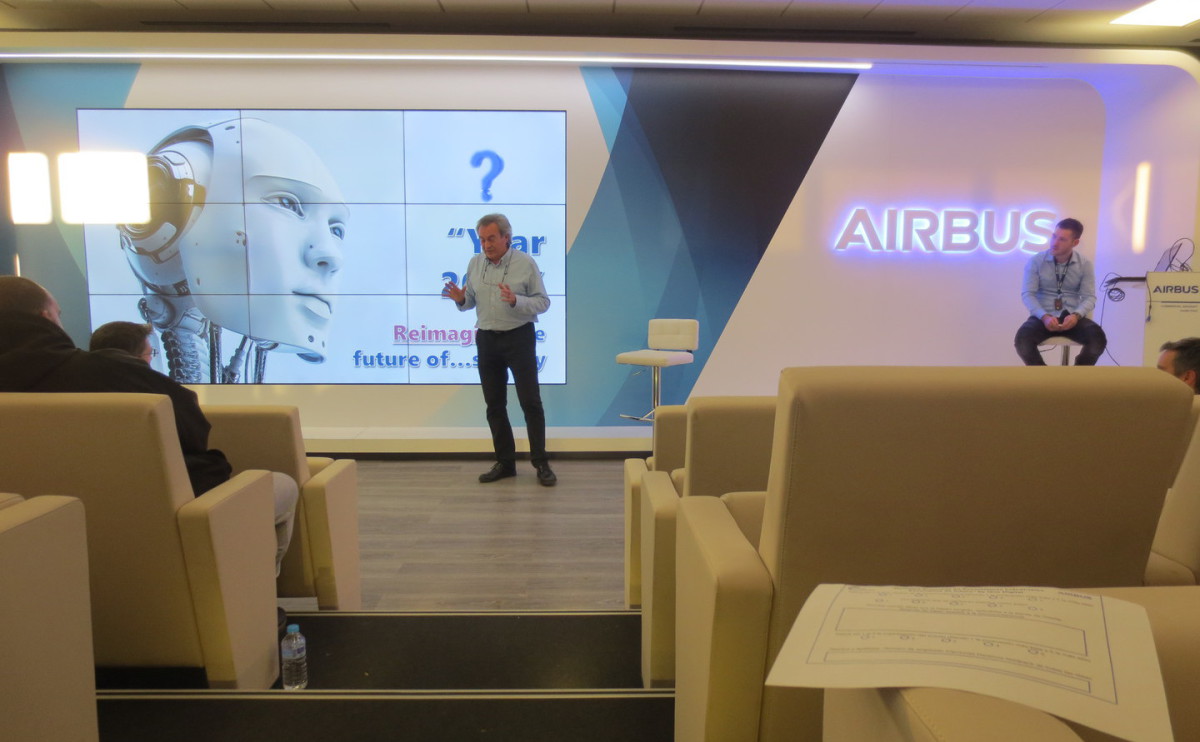 Last December, we were invited to participate in the Innovation Day "GETafe INnova". There we had the opportunity to present exclusively our VR INNVESTION Ecosystem, for industrial environments based on Oculus Rift and Samsung Gear for mobile devices. Likewise, Carlos J.Ochoa taught a MasterClass on Immersive Environments in Industry 4.0. We want to gain the trust and support given to our company and continue participating in years to come. 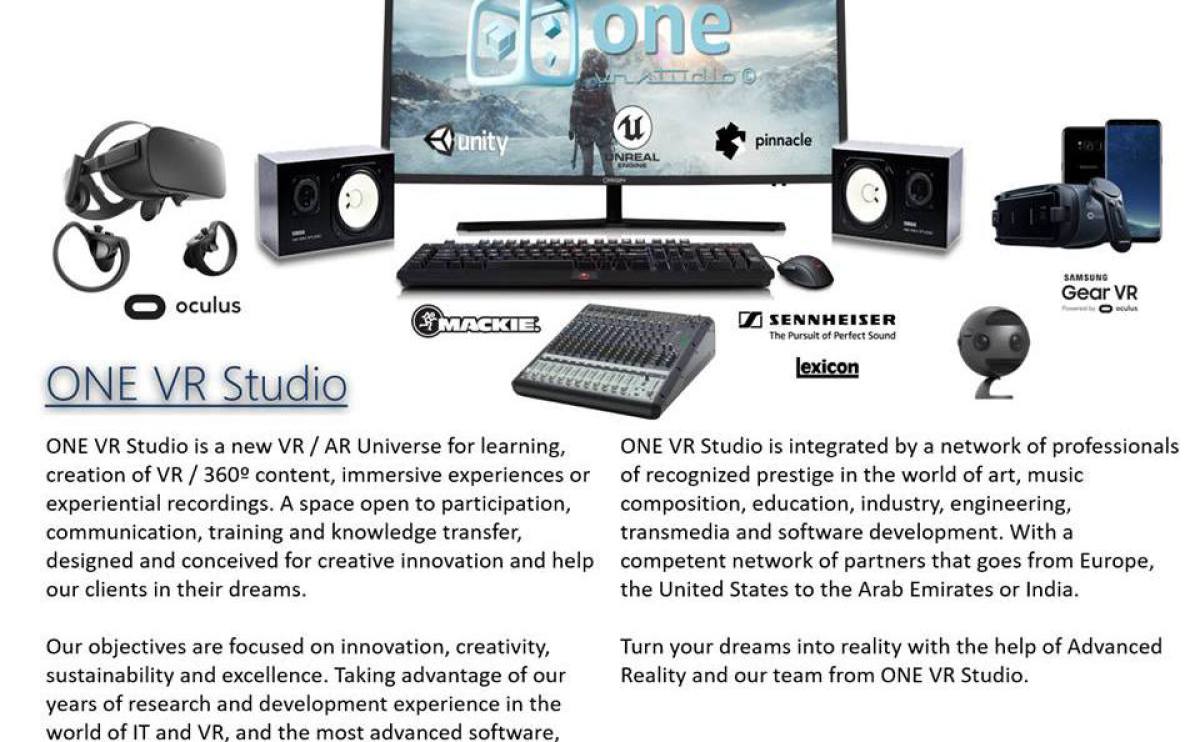 ONE VR Studio will open the doors during the next month of January. A new VR/AR Universe for learning, experiment and creativity of VR / 360º , immersive experiences or experiential recordings. A space open to participation, communication, training and knowledge transfer, designed and conceived for creative innovation and help our clients in their dreams. In our Studio you will find Top Class technology. 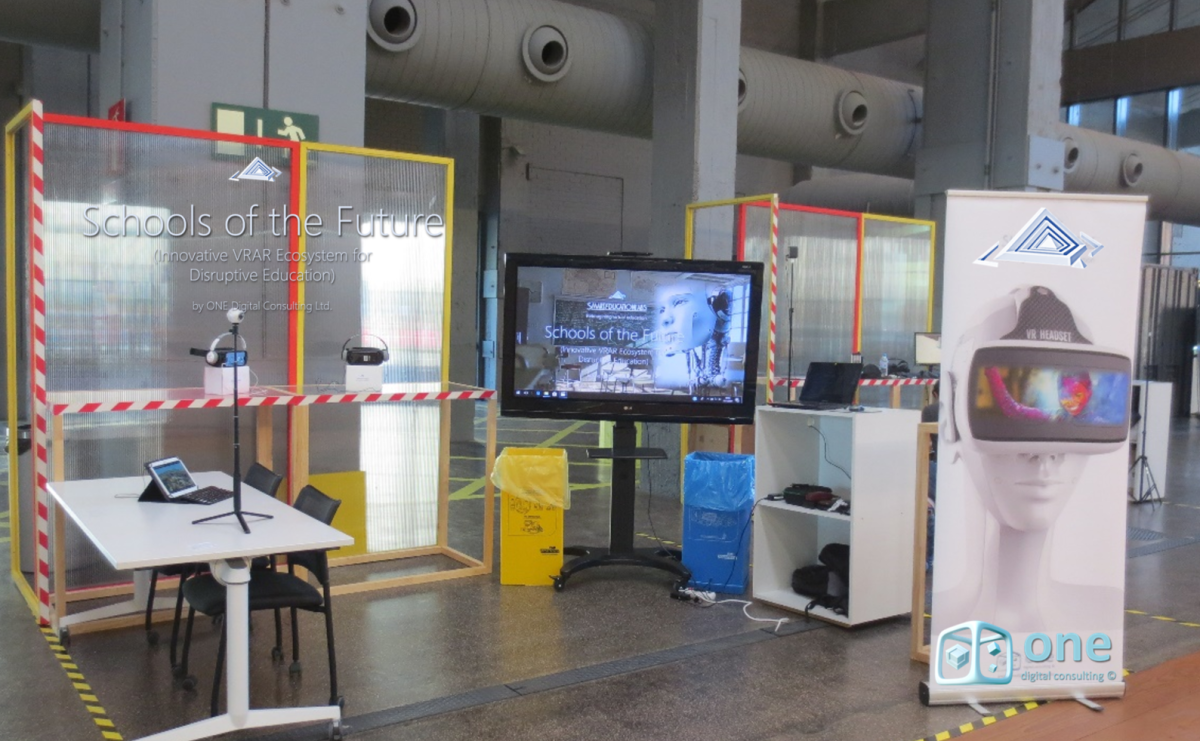 During last November, One was invited to participate in the Demo Day organized by Fabrication Digital and Barrabes at the Nave de Madrid. At the exhibition hall, ONE presented an small "Schools of the Future" environment. A space dedicated to digital innovation and new disruptive technologies. Carlos J. Ochoa taught a MasterClass on Virtual Reality in Disruptive Ecosystems. 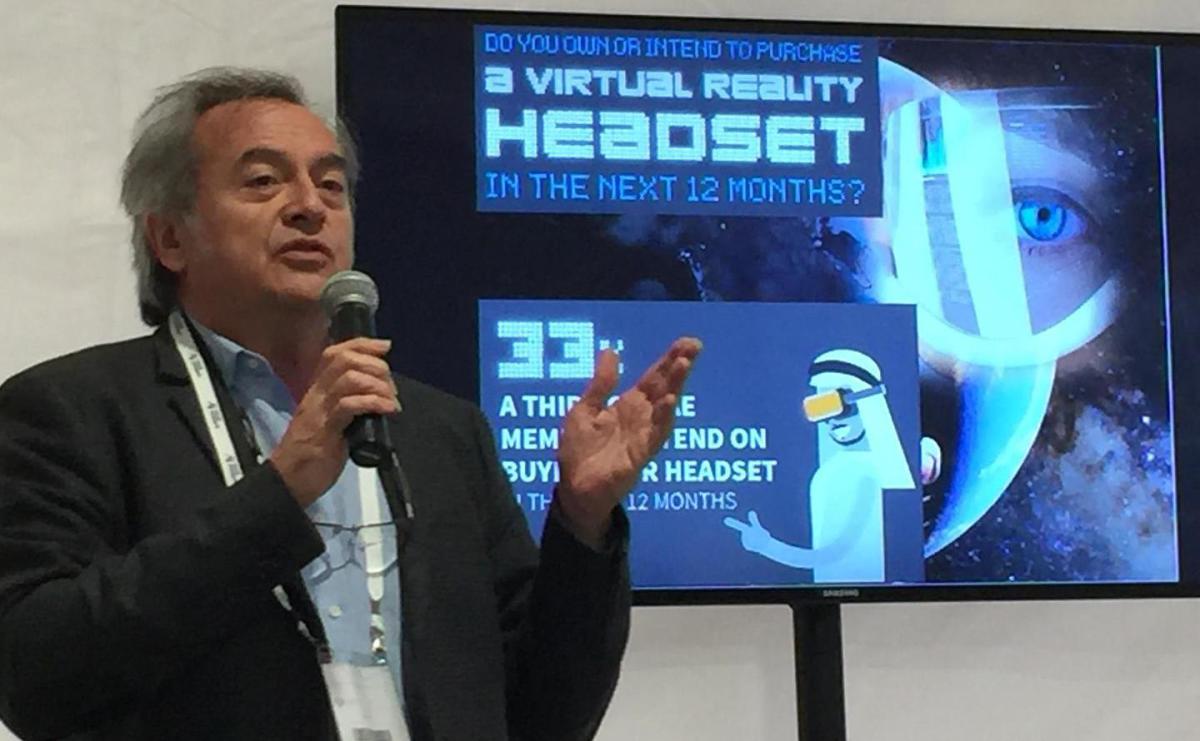 ArtificialExpo is the Artificial Intelligence Fair of reference in Spain and Europe that shows the public the latest advances in the field of new technologies and artificial intelligence. ONE was present presenting different VR Experiences and Carlos J. Ochoa taught two Masterclasses on VR / AR and made the Official Presentation to the VR/AR Association in Madrid. 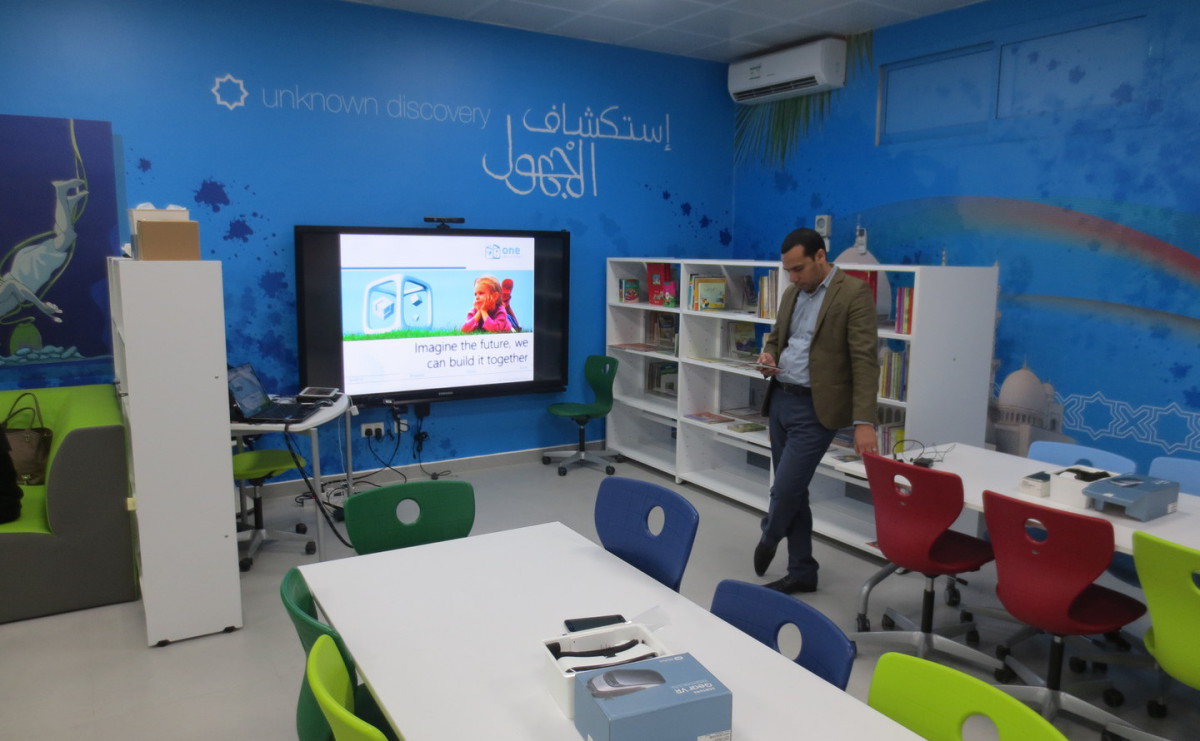 Ministry of Education of UAE  and ONE VR/AR Technology

The Ministry of Education of United Arab Emirates, is implementing an innovative and pioneer Learning Resources Centres Program in MOE schools. The aim of the program is to provide a flexible, technology enhanced space that supports creativity, innovation and curriculum, improving the teachers skills and serves as a focal point in learning communities.

The LRC are equipped with VR/AR devices, smartphones, tablets and laptops, robots, 3d printers, as well as games, VR/AR applications and econtents. The project includes Teachers training program and 2 years of support and services. 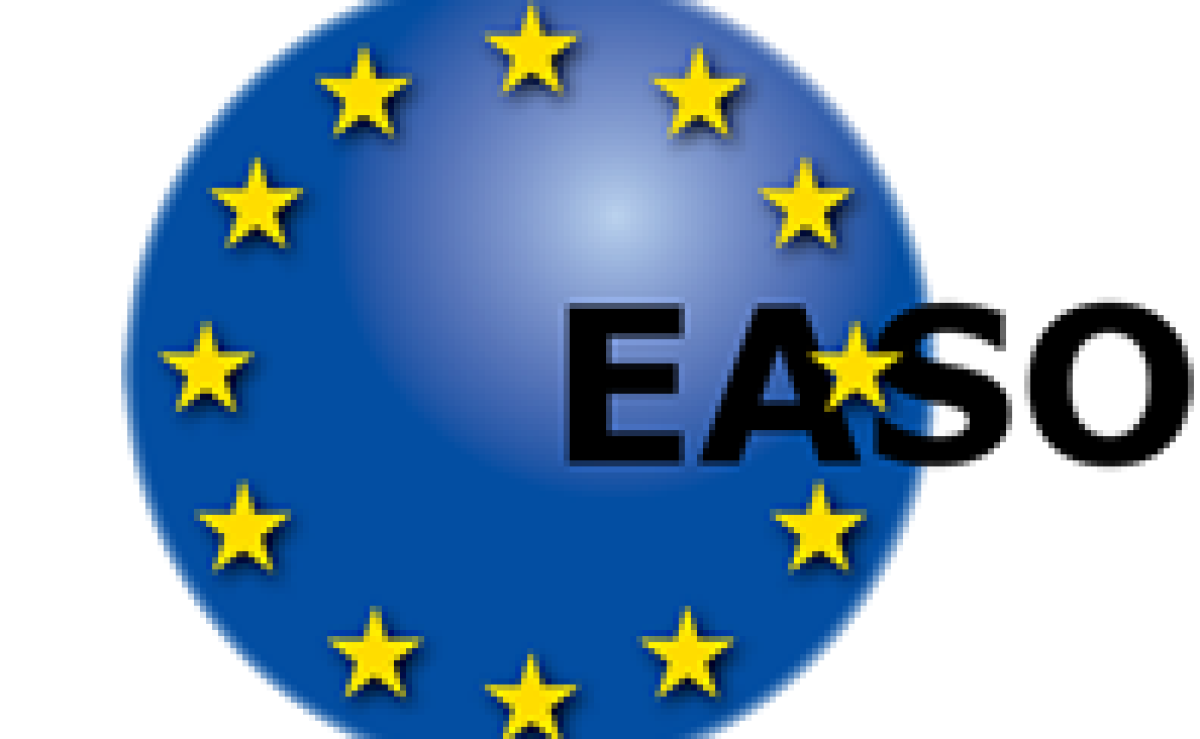 EASA (EUROPEAN OFFICE OF SUPPORT FOR ASYLUM) of Malta, the agency of the European Union, based in Valletta, chose the offer presented by Italdata S.p.A. and ONE Digital Consulting. The project includes the construction, operation and maintenance of an advanced computing environment for the management of distance education, the provision of professional services and the development of multimedia educational content. The project will be developed in several phases: New LMS platform environment,content migration, and new multimedia contents development. The project has an estimated duration of two years from the signature of the same. 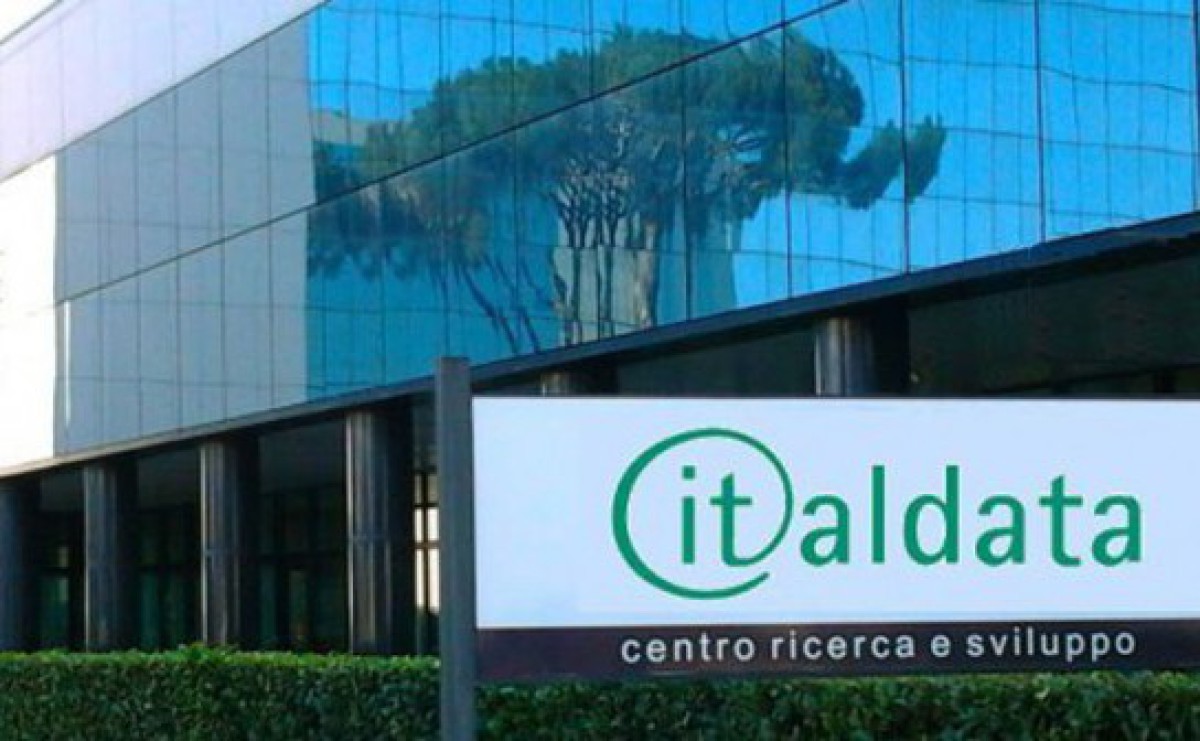 Italdata and ONE partnership agreement

ONE and ITALDATA signed an international collaboration agreement. Italdata (Learning Competence Center of Siemens), is active since 1974 in the field of Information Technology and Communication. Today, Italdata is a group specialized in the development of solutions and services in the areas of Smart Cities, eLearning and Sustainable Mobility. The company has offices in Milan, Rome and Avellino, with more than 90 employees. The cooperation with prestigious universities, research institutes, strategic partners and participation in international R&D programs contribute to the constant innovation of their services for a closer and lasting relationship with customers. 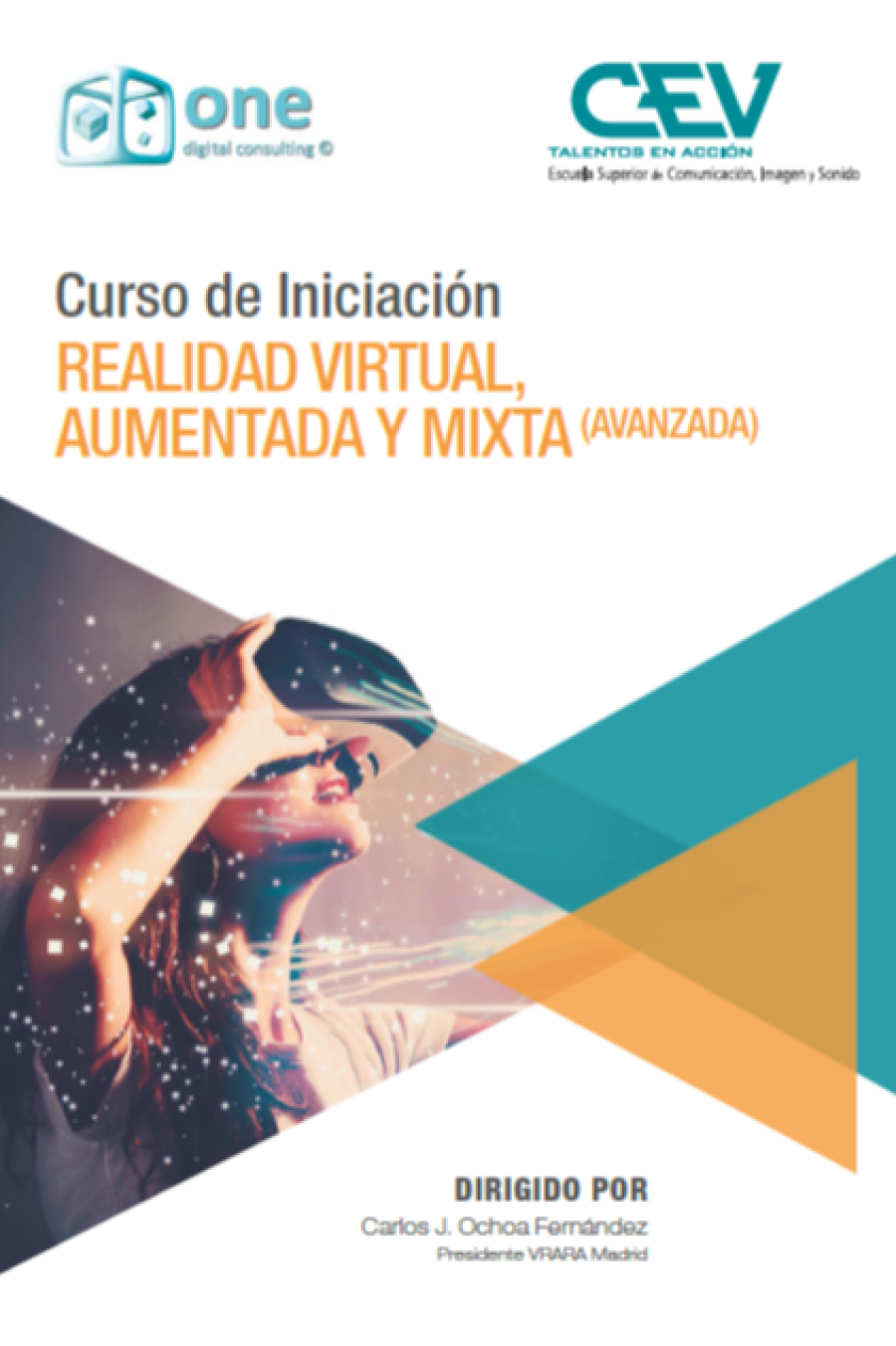 Video presentation of the Project

ICERI2016, the 9th annual International Conference of Education, Research and Innovation will be held in Seville (Spain) on the 14th, 15th and 16th of November, 2016.

ICERI is one of the largest international education conferences for lecturers, researchers, technologists and professionals from the educational sector. After 9 years, it has become a reference event where more than 700 experts from 80 countries will get together to present their projects and share their knowledge on teaching and learning methodologies and educational innovations. The 2016 edition of ICERI is sure to be among the most successful education conferences in Europe.

ICERI is more than a conference. It is an ideal platform for strategic international networking, the best place to present your innovations and projects about education and technology.